The Blessing of Shoes

Posted: March 6, 2014 | Author: Kimberly | Filed under: Recent News |Comments Off on The Blessing of Shoes 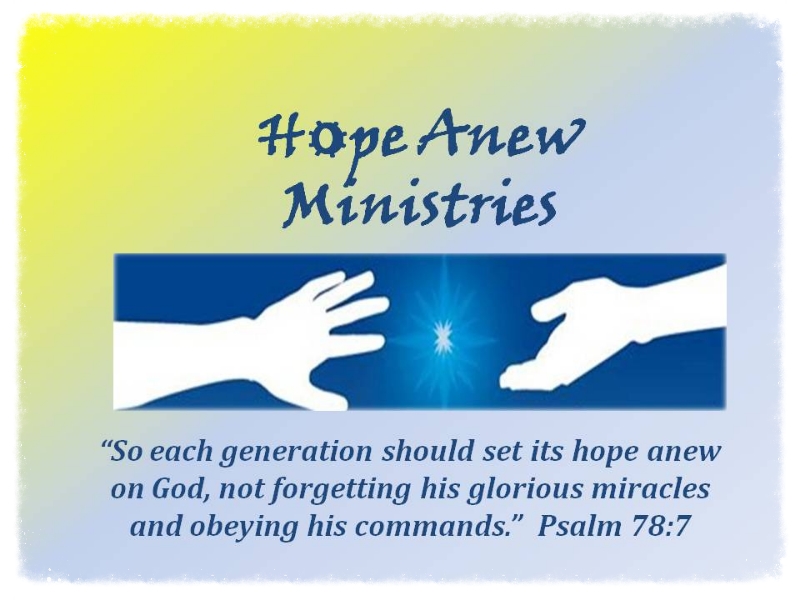 Growing As Jesus Did

“And Jesus increased in wisdom and stature,
and in favor with God and men.” 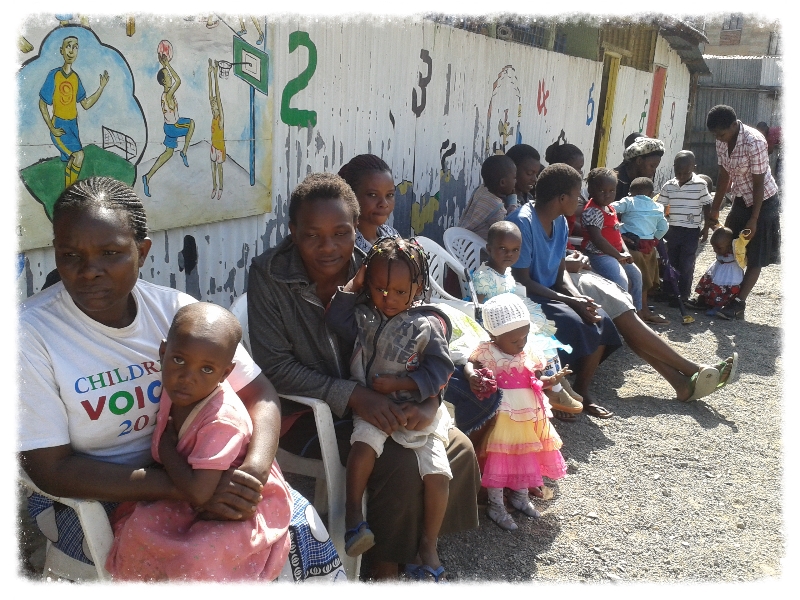 Parents waiting to receive health screening for their children

Over the past few weeks in Hope Club, we have been teaching the children the meaning of this verse and emphasizing that they also can be growing in the same ways that Jesus did.
As our Hope Club ministry enters its second year, we have been able to add new content because of the facility God has provided for us and also additional staff besides Kamau and myself. This has enabled us to provide opportunities for the children who frequent our center to grow healthy in these four areas that Jesus did, mentally, physically, spiritually and socially.As you can imagine, living in slum conditions can expose children to all sorts of disease and other dangers that can affect their physical health .  During the month of January, in partnership with Least of These ministry, we were pleased to host a health screening for the children within Mukuru Kayaba.The parents arrived with their small children dressed finery and waited patiently for their turn.  Inside of one of the rooms at our facility, doctors and nurses greeted parents and children with smiles of gentle concern as they asked questions that would help to determine how to address their health needs. 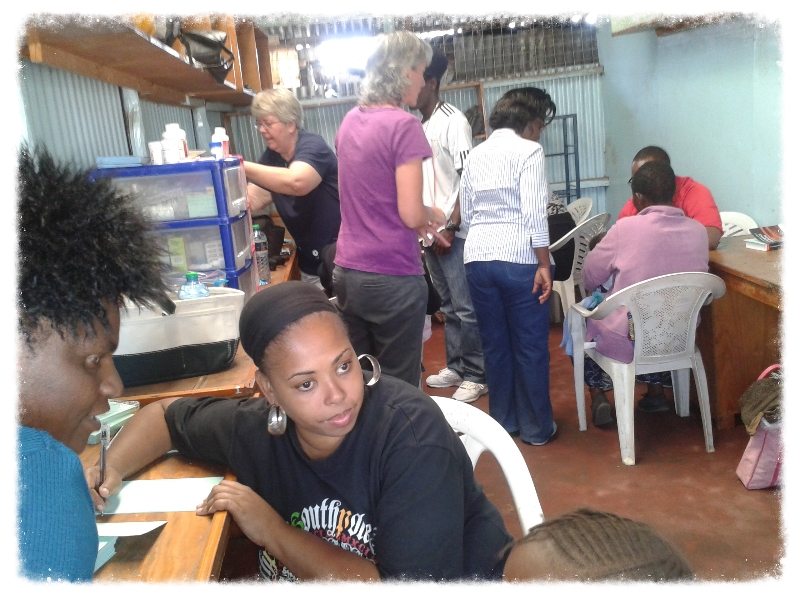 Volunteers from Least of These Ministry and also our church 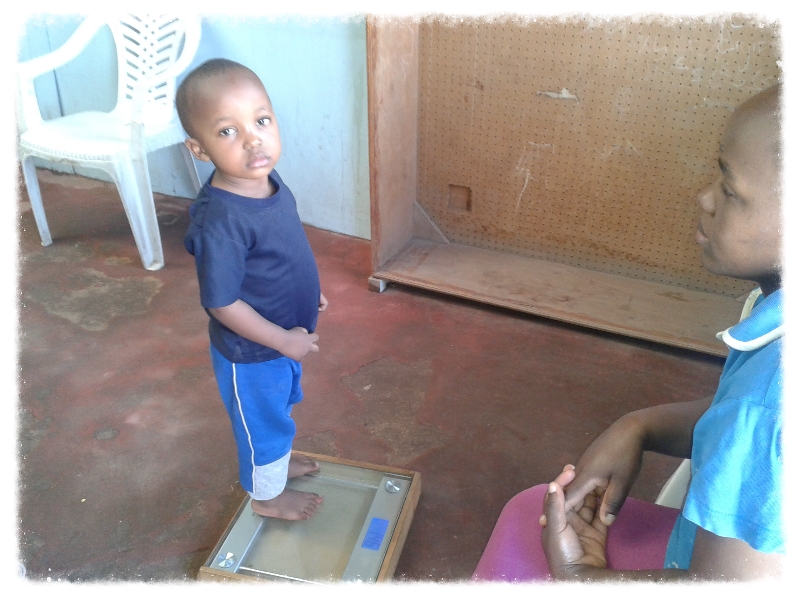 Children were weighed and given de-worming medication

The Blessing of Shoes

Children giving gifts to other children 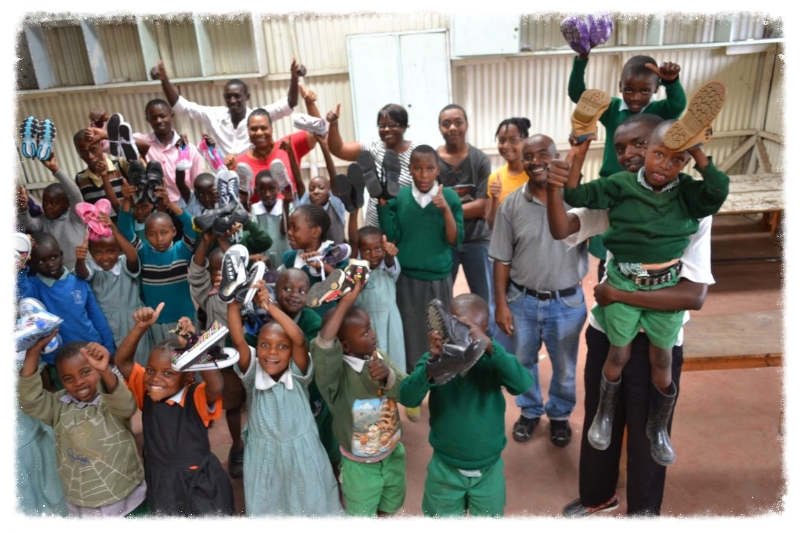 A year ago, we received an email from a representative at our mission sending agency asking us if we would be willing to receive 400 pairs of children’s shoes that children from Faith Assembly Church in Houston, Texas had collected.  During this time we were holding Hope Club over the public toilets in the slum and we wondered how we could distribute them to the children in the community without becoming overwhelmed, but we agreed to take them trusting that the Lord would show us what to do.The shoes were shipped to Annapolis, Maryland where a container of clothing to benefit Hope Anew Ministries was being packed for shipment to Kenya.  The container arrived in December of 2013, and through trial and frustration was finally cleared from the port of Mombasa to travel to Nairobi.Through the providence of God, we were now at a location where over 100 children visit the Hope Anew Child Friendly Space (HACFS) on a daily basis including non-formal schools within Mukuru slum. 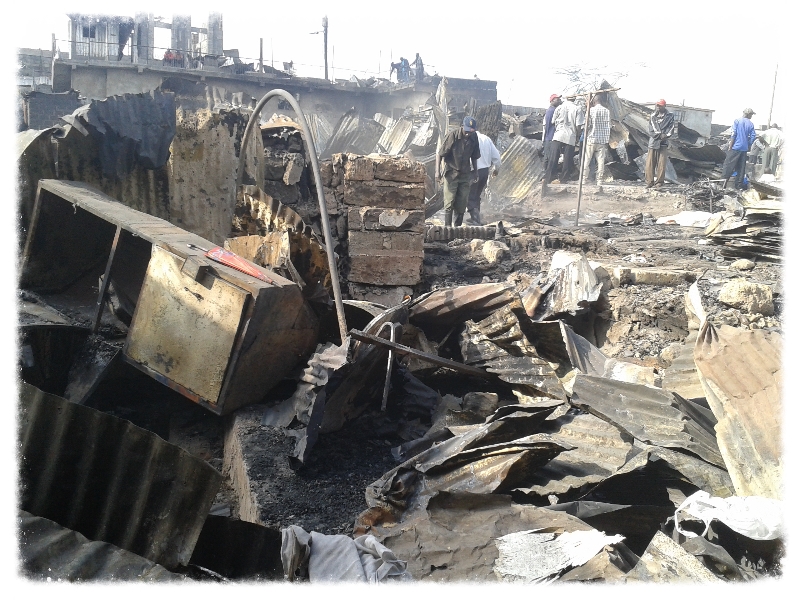 Loss of dwelling places and businesses due to the fire

Several weeks ago we received news that there had been a fire in one section of the slum and homes where families had been living and a couple of schools had been devastated. Deadly fires spread very quickly with intensity within the slums because of highly flammable building materials and congestion.  Fortunately, there had not been loss of life but victims had lost everything.  We had developed a friendly relationship with the founder of Shalom Academy which was one of the schools that had been burned.  Without a doubt we knew that the shoes that we had on hand because of the generosity of children thousands of miles away, were meant for these children who had lost much.

On February 14, it was our deep joy to be able to surprise unsuspecting teachers and children with the gift of shoes!  We think that this beats chocolates and flowers any day!  (For more photos) 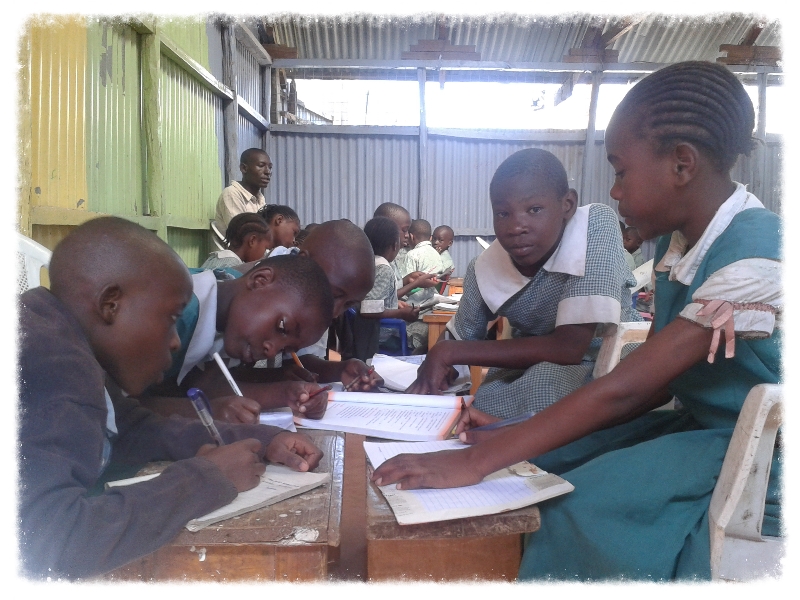 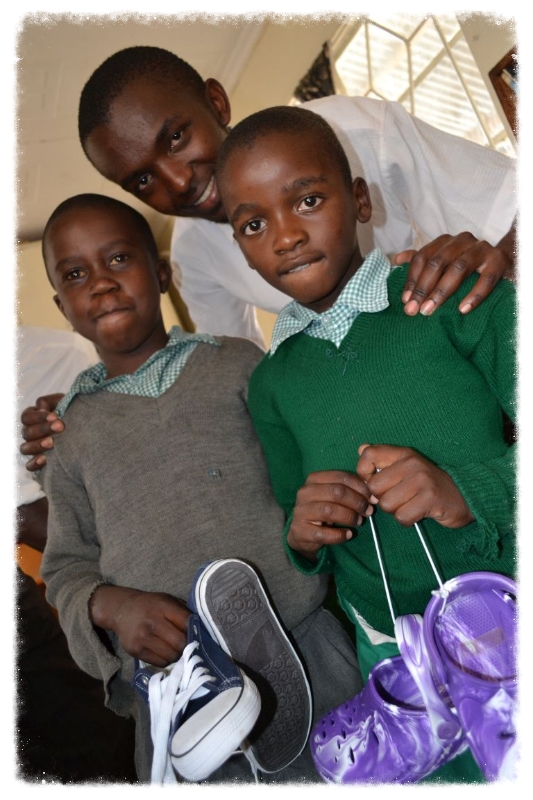 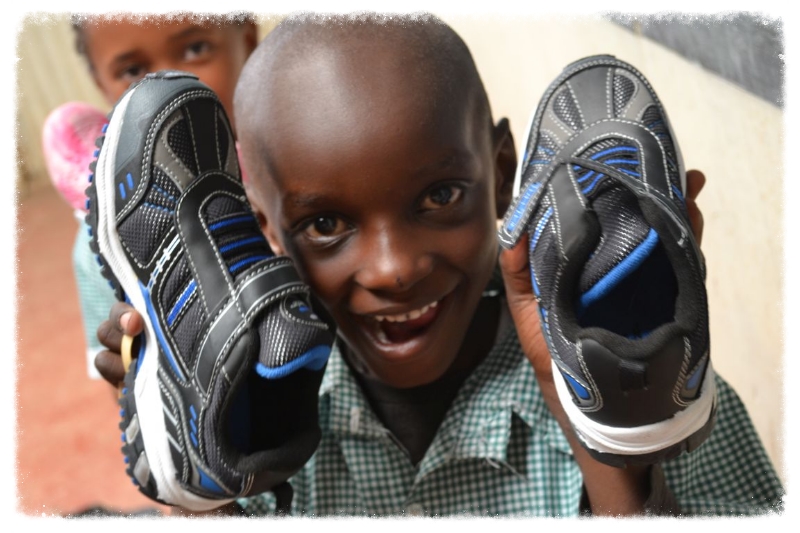 We think he is happy about the shoes, don’t you! 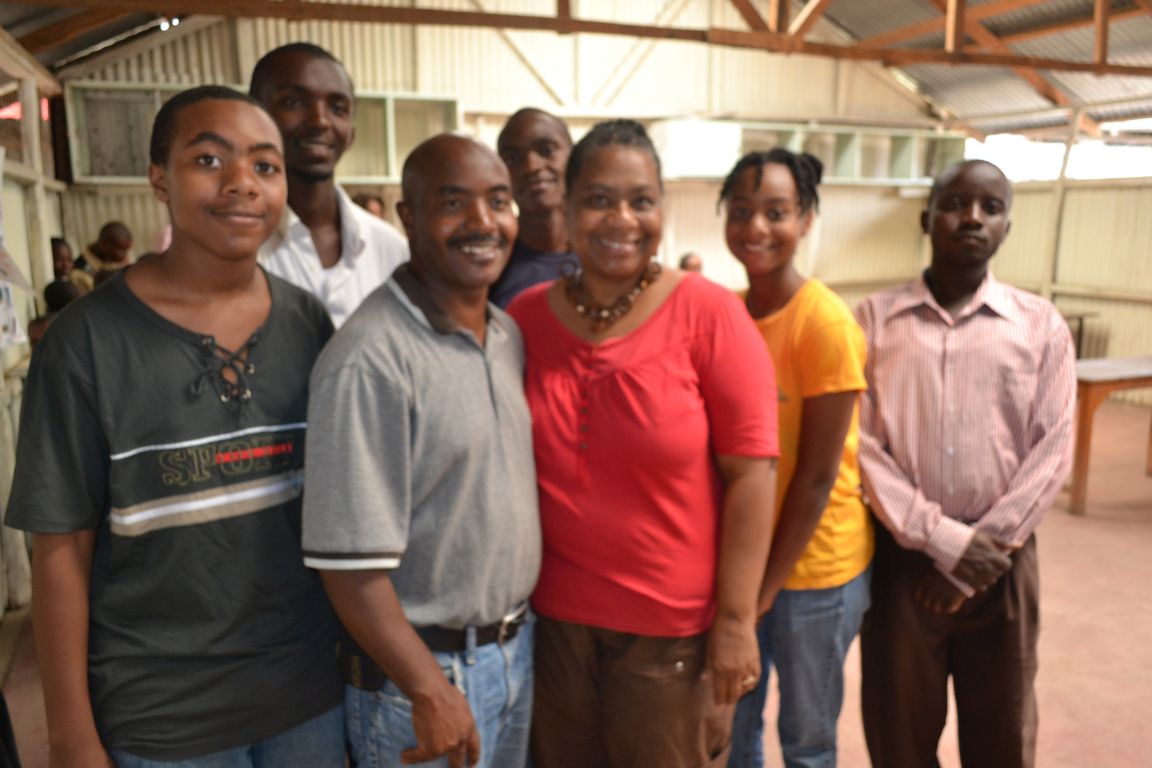 The staff at Hope Anew Ministries and most importantly, the children of Mukuru Slum, would like to extend our heartfelt gratitude for all of the ways in which you offer support to us. May you be richly rewarded!